I can remember a time when I never heard of the phrase “wardrobe malfunction.”  It is a relatively new phrase in our modern language. A wardrobe malfunction describes a clothing failure that accidentally or perhaps intentionally exposes a person’s intimate parts. It is different from deliberate incidents of indecent exposure or public flashing. Justin Timberlake first used the term when apologizing for the Super Bowl XXXVIII halftime-show controversy during the 2004 Grammy Awards. The phrase “wardrobe malfunction” was in turn used by the media to refer to the incident and entered pop culture. There was a long history of such incidents before the term was coined and it has since become a common fashion faux pas.

The worst wardrobe malfunction I ever personally experienced was at a movie theater with my family; my wife and two daughters.  The movie had not yet started.  I stood up to take off my fleece pullover because I was getting warm.  Unbeknown to me when I pulled up my pullover it also pulled up my t-shirt underneath.  So, there I stood in the middle of the theater bare chested for everyone to see.  It wasn’t a pleasant sight at least for my daughters.

Sometimes as Christians we can suffer from a wardrobe malfunction with the way we conduct our lives.  The apostle Paul in his letter to the Colossians described the wardrobe of a disciple of Jesus.  Paul writesm, ”

As God’s chosen ones, holy and beloved, clothe yourselves with compassion, kindness, humility, meekness, and patience. Bear with one another and, if anyone has a complaint against another, forgive each other; just as the Lord has forgiven you, so you also must forgive. Above all, clothe yourselves with love, which binds everything together in perfect harmony. And let the peace of Christ rule in your hearts, to which indeed you were called in the one body. And be thankful. (Colossians 3: 12-15)

However, it seems as Christians and the church that we regularly suffer from wardrobe malfunctions with our faith.  Rather than displaying the characteristics that Paul described, Christians are often seen as judgmental, intolerant, unforgiving, uncompassionate, and self-righteous.  We walk through the world claiming to be followers of Jesus, but our lives don’t look anything like Jesus.  Jesus lived a life that demonstrated the kind of wardrobe Paul spoke of.  As a result, Jesus was often condemned by the religious dress code keepers of the day as being blasphemous, a friend of sinners, and even of the devil.  As a result of his living, Jesus was ultimately stripped of his physical clothing and nailed naked to a cross.  Those who sought to put Jesus to death believed that they had ended this faddish lifestyle of Jesus.  Yet, when Jesus was resurrected on Easter Sunday, he rose clothed in the glory of God that does not fade, wear out, or go out of style.

The world around us is watching what we wear as Christians.  Are our lives modeled after Jesus or something else?  Do others see Jesus in us as we live our lives?  As each day begins, we should prayerfully consider what we wear out of the house.  And at the end of the day we should consider whether or not we lived like Jesus or did we suffer from a wardrobe malfunction? Mahatma Gandhi once said, “I like your Christ, I do not like your Christians. Your Christians are so unlike your Christ.” Let us commit ourselves to following the dress code of Jesus and as we do, the world will know from whom we get our style. 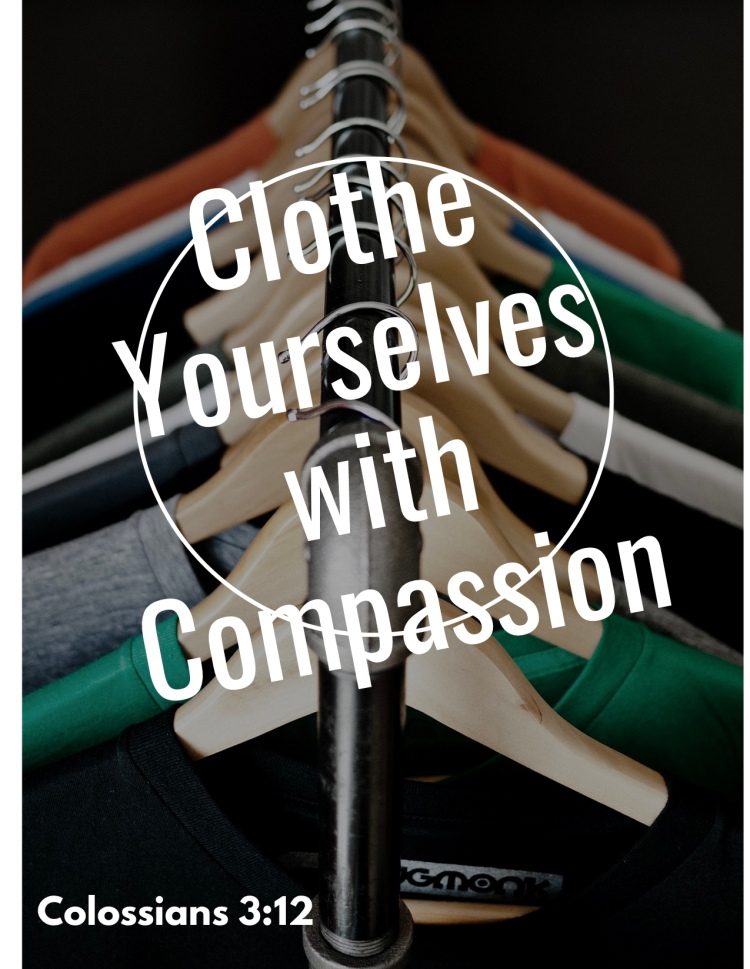 Since 1991 I have had the joy of serving as Pastor of Pine Street Baptist Church in the community of Oregon Hill in Richmond, Virginia. The people I have met a long the way have inspired me in my daily ministry. I have truly been blessed. View more posts